The newly updated section on 1918-1921 Bank of Ireland banknotes is now up on the main web site.

The most newly discovered banknote Type among these is the 1919 Fleming signature Five Pound note. Large size General Issue with branch listings. 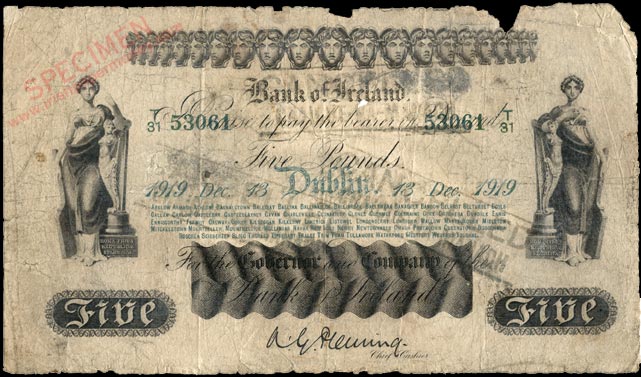 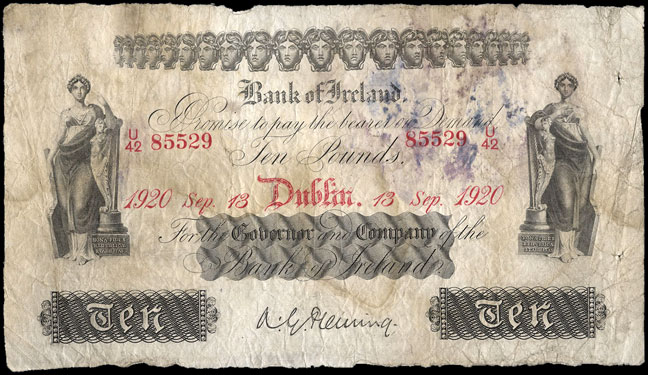 Also added is a section on reduced size Bank of Ireland One Pound notes 1918–1921 which spans both series, illustrating images of all known dates. A good few of these dates have been contributed by board members, and others have been scavenged from the net. Hopefully it will be possible to collect them all in due course. 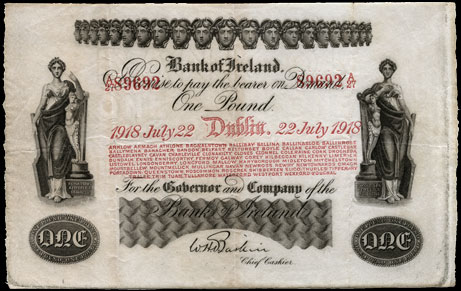 
There may be other Types and varieties still to be discovered, as there remain gaps in the date and prefix runs for these notes.

A progressive upgrade of the entire Bank of Ireland banknotes section is underway, with more new content to follow.
Top

Mac wrote:A progressive upgrade of the entire Bank of Ireland banknotes section is underway, with more new content to follow.