by Mac
Here is an interesting trio of Irish £1 notes which were saved as a group together.
The three notes turned up in auction in 2016.

The existence of this pair of notes demonstrates that the Central Bank of Ireland was using replacement notes in place of hand-numbered 1000000 notes in the printing of its 1976-dated £1 notes. 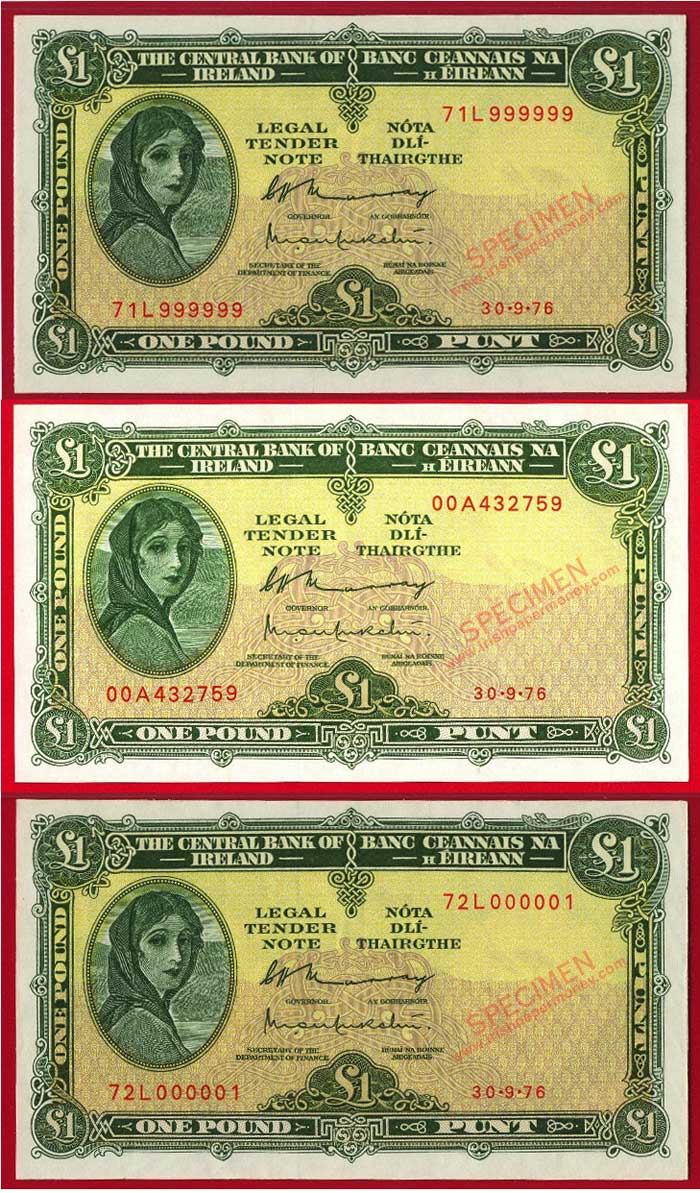 72L 000001 has subsequently been seen on offer for sale separately.
Hopefully, the other pair of notes will have been be kept together.

by DOC
That is an interesting and important trio. It was probably easier for the bank to use replacement notes to fill the 1 million gap. It means that the million serial number is even more elusive for the Lavery notes. There is an example of a £10 Lavery with a million serial number in another posting. In this case, could it be that replacement notes were not readily to hand?

by Mac
I think that the notes printed by the Central Bank in Sandyford with new equipment, those with sans-serif dates and serial numbers used replacement notes in place of the 1 million notes.
The recorded 1 million £10 note, 48D 1000000, dated 2.12.76, has the old style serif serial numbers. 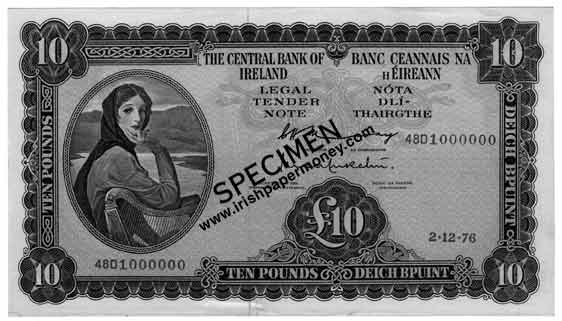 Considering the Lavery notes printed by De La Rue, there could be other examples with the 1 million serial. Are any other examples known besides the £10 note shown?

by Mac
This is the only Lavery 1000000 note I have seen.
There are likely to be a few more, given that they were known about in the 1970s, and that the hobby of banknote collecting had arrived.
All times are UTC+01:00
Page 1 of 1