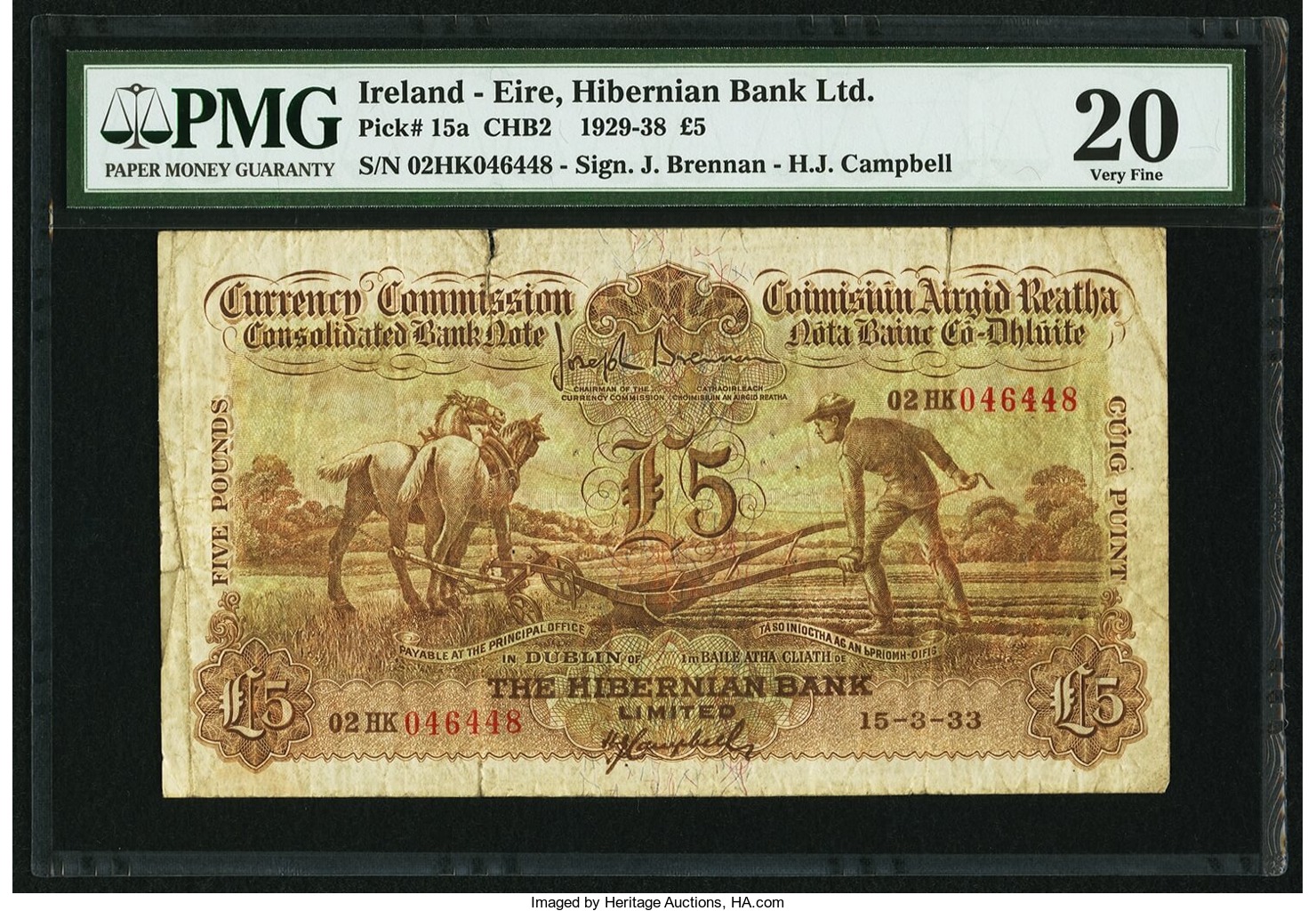 Hibernian Bank Ploughman £5 notes are currently selling very cheaply in the Heritage auctions.
Three recent results are $352.50; $258.50; $411.25. All three of these notes were vg to fine grade (graded as VF20 in the plastic packets by PMG). These are cheap, with some of the prices approaching those of £1 notes in similar grade.

Regardless of the fact that there have been a lot of Hibernian £5 notes up lately, the Hibernian remains one of the less common banks overall, in terms of obtaining a note from the bank, with its position relative to that of other banks remaining largely unchanged.

52 Hibernian £5 notes were added to the Ploughman Scan Survey (PSS) database from 01.01.16–22.06.17. Of these, 46 were from the Heritage auctions. They represent approximately one third of all the Hibernian £5 notes recorded in PSS.

The way in which they were put into auction initially caused the price to collapse, with 24 Hibernian £5 notes being offered in the same sale, all with high estimates. With prices down currently, the result is that good value can now be had by collectors in these auctions.
Top

Bargaintime to some extent. When they dry up, values will go up a bit, not as much as they were a few years ago, but certainly a bit more than now. (Hope so, I've got an album full of em!)
Top